Who doesn’t love a Bloody Mary? Here’s the recipe for one of our spins on the classic breakfast favourite.

Think about your perfect Saturday. It’s probably late morning, you’ve had a shower. Maybe you’ve even been to a morning yoga class? Either way, it’s finally time for that lazy decadent moment where you sit back and let hedonism take over.

Late breakfast, early lunch, brunch… It’s all semantics. It all boils down to indulging, and what better drink to have in your hand than a Bloody Mary?

Possibly one of the most complex cocktails in the world, the fiery lady comes in many forms. Our current favourite builds on a fresh basil infused vodka which softly balances the spicy palette and loans a new, more subtler dimension to the zesty tomato juice.

So how can you recreate this flavoursome, nutrient packed cocktail goodness? Easy as.

For the vodka – take a bunch of fresh basil leaves and pour a half litre of vodka over them. If you do that today, it’s bound to be pretty great for Saturday… don’t leave it for longer than three days – the basil will get overwhelming and you’d end up feeling like you’re drinking a pasta sauce.

Once the vodka is all done, pour it over ice in a mixing glass, add the tomato juice and throw in a dash of the port, Tabasco and Worcester sauce. This isn’t to be a workout for your upper back and biceps – just stir gently; a gentle whisk right through the wrist! While you wait for it to be chilled (it’s going to be Saturday, things better be chilled), rim your glass with a mix of sea and celery salt. Once you’ve deemed it sufficiently cold, serve it in the glass and garnish away.

We’ve topped ours with celery, olives, horseradish, cucumber and fresh lime, all of it sprinkled with a bit of pepper and coriander for that extra depth.

Going all in with the toppings, it’s the kinda thing that could be a meal all on it’s own. You could potentially ditch the glassware for a bowl and serve it as an entree, but to be honest even we think that would be a bit odd.

Let us know how you get on – we’re @TheBarGuysUK on Twitter!

One Shot Movie Competition: The 2015 Edition

Tomorrow marks the fourth final of the One Shot Movie Competition, hosted in the iconic Prince Charles Cinema. Didn’t have plans for Thursday? Well, that’s now settled. No worries – it’s just what we do.

With no genre specifications, film makers are invited to sling on their creative caps to produce either a short film of fifteen minutes or less, or a feature film with a seventy minute minimum duration.

Modern cinema loves long shots – the trend has been fully embraced by the likes of Alejandro Gonzalez Inarrit in the 2014 satirical drama Birdman for one, but it’s hardly something just about anyone can pull off. Organisers Daniel Birt, Keir Menzies and Daniel Palmer bring their extensive expertise to a truly unique competition showcasing the few that do. “It’s dynamic, occasionally spectacular, even ironic, but above all represents a great challenge for film makers.”

The screenings of this year’s ten shortlisted films begin at 9pm, with British spoken word poet and hip-hop artist Scroobius Pip leading the night as Master of Ceremonies.

“This year film makers really pushed the boundaries of what is possible within the limitations of one shot, so much so that we were blown away by the scale, imagination and sheer chutzpah of many of the entries,” say the organisers… Which, to be honest, sounds like a pretty good reason to go.

Last years winning film ‘Tolerance’ undercut leading meta-narratives to convey a twisted humorous short – its producers Aiden Moran and Martin Noble have been invited back as judges for this years competition. Joining them on the One Shot Competition panel of judges is Telegraph film writer and critic Patrick Smith, screenwriter and co-founder of Underwire Festival, Gabriella Apicella, and Pablo Kauffman Gonzalez, director of photography for acclaimed shorts and feature films.

The top ten shortlisted films for the 2015 One Shot Movie Competition are:

‘He and She’ (Marco Gadge, Germany)

Us here at Bar Guys might be showing something there too… This is obviously under a very opaque veil of secrecy. Obviously.

Tickets for the competition screening are available from the One Shot Movie Competition website. You’re probably best off sorting that out just about now.

Featured image is a still from Birdman. 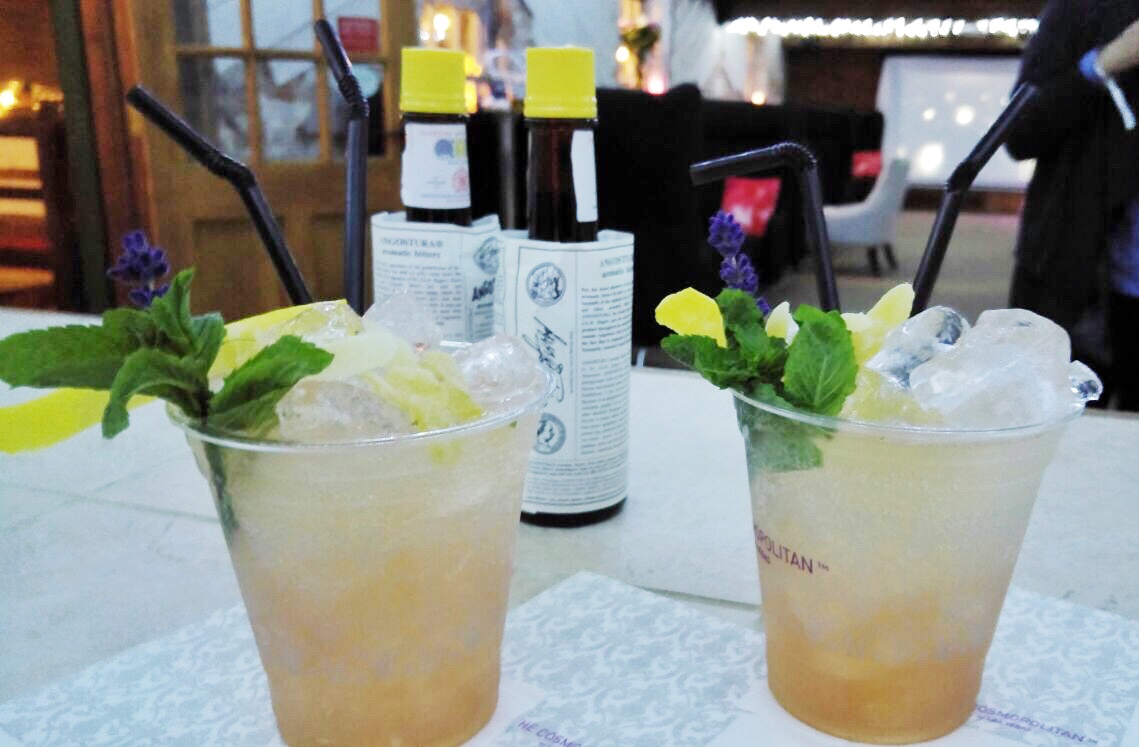 Last weekend we did an event – since it’s flu season upon us once again, we created a cocktail recipe to tackle that. What’s a better way to keep yourself on top of things than to throw some ginger in your vodka? Well, nothing. END_OF_DOCUMENT_TOKEN_TO_BE_REPLACED

Cocktails of the Movies

Chekhov’s gun. Every good storyteller knows even the slightest bit of information in their narrative must tell a tale of their own. That’s what makes a captivating story; the details that spark a thought and captivate you. END_OF_DOCUMENT_TOKEN_TO_BE_REPLACED

Lovely chilled Hen party in the North London sun this eve.Mixed a few zesty Martinis, mojitos, and a nice long gin-based cocktail with honey, elderflower and plenty of lime.The latter seemed to be the fave. Also ran a masterclass and got the hens up to try making a few lemon drop Martinis (which they were pretty good at!) Future BarGuys in the making?

At BarGuys HQ we’ve decided our mission for the next month or so is to collect lots of interesting looking glass jars for our long and short cocktails. Having worked quite a few weddings with a retro feel of late (and having my own last year!) this seems to be one of the things I get asked about.

So we are going to get looking and see what cool containers we can find for your vintage functions.

Needless to say, this glassware will be free of charge to hire.If anyone has any fun or interesting ideas then get messaging!

Have a lovely weekend

Next Entries »
The Bar Guys UK
As featured on

Looking for a bar that’s a real showstopper?